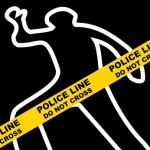 Policing smarter Inside descriptions of the Metro Gang Strike Force make it sound like part of the problem rather than a possible solution, with officers meting out punishment-via-forfeiture. In other big cities, a multi-faceted policing approach called Ceasefire successfully targets gang violence and drug-dealing. Why not here?

The Metro Gang Strike Force remains in disarray, its operations suspended during an accountability inquiry. According to former Strike Force chief Ron Ryan, quoted in the Strib:

Strike Force officers often seized more property than they should have. He said they might serve a warrant on a dope dealer who’d “never had a job, and he’s got this whole array of stuff that’s really neat, that’s better than the stuff the copper’s got in his house. … They have this thing that they don’t deserve, so we’re going to take it. We’re going to forfeit it. You know. That’s just the mentality of the coppers. So you almost have to tell ’em quit taking stuff.”

The article’s extensive quotes from Ryan make the Gang Strike Force look like another gang, seizing property because they can get away with it and driving around in forfeited cars to show drug dealers that “crime doesn’t pay.” That kind of police behavior makes the Gang Strike Force seem less like law enforcement and more like the biggest, toughest gang in town.

In Cincinnati, Lt. Col. James Whalen is a big believer in Ceasefire, which looks quite different from the Metro Gang Strike Force. The June 22 New Yorker describes the Ceasefire strategy for curbing gang violence and public drug sales. Developed by David Kennedy, Ceasefire uses a combination of tactics drawn from criminology, anthropology and social work to target gang behavior or drug dealing. It’s a comprehensive program that requires teamwork between police and prosecutors and social service providers.

Ceasefire relies on “the fact, commonly recognized by criminologists, that a small number of hardened criminals commit a hugely disproportionate number of serious violent crimes.” It starts by bringing together police officers and others to map the known gang members and their associations – friendly or hostile – with one another, and moves on from there.

Rather than trying to arrest everybody with even peripheral gang connections (zero tolerance) or attempting to “clean up” neighborhoods by making arrests for everything from loitering to jaywalking (“broken windows” strategy), Ceasefire builds on the information that police on the streets already have. And, according to the New Yorker article and several big-city police chiefs, it works.

But maybe not here. Ceasefire was started in Minneapolis in 1997, and quickly abandoned.

Kennedy helped Minneapolis implement a violence-prevention strategy in June of 1996 and homicides in the summer months fell from forty-two that year to eight in 1997. But in Minneapolis “the team lost focus,” Kennedy told me, and “all the complicated parts of the mechanism didn’t mesh.”

Cincinnati, which started with Ceasefire in 2006, met one setback by refocusing and going deeper into the program rather than backing out. Now, reports the New Yorker article:

[Ceasefire has] been a big success in Cincinnati. In 2008, murder was down over all, arrests had declined, and morale in the department was high. (The murder count was up slightly in the first quarter of 2009, but was still significantly lower than comparable periods in 2006 and 2007.) … [Lt. Col. Whalen said] “We will never engage in this kind of gang work again without academic support. … No police department should.”

Maybe it’s time to take another look at a program that seems to be delivering in other cities. No single program can fix all of the policing problems in the metro area, or in Minneapolis, but something needs to change.

Vallay Varro in St. Paul Vallay Varro won the St. Paul DFL endorsement for school board over the weekend, reports the Asian American Press. Varro, the Education Policy Director for the City of Saint Paul, will run for the seat being vacated by Tom Conlon, who is moving out of state.

Military coup in Honduras Claiming that they were saving the constitution, military leaders invaded the presidential palace, beating the president and forcibly putting him on a plane out of the country. The opposition-dominated Congress and Supreme Court had denounced President Manuel Zelaya’s plans for a referendum on Sunday, which would have asked whether another vote should be held on convoking an assembly to rewrite the constitution. The referendum did not take place, as the military, led by School of the Americas-trained General Romeo Vasquez, shut down communications and cut cell phone access to the capital, also seizing Foreign Minister Patricia Rodas and temporarily detaining and beating Cuban and Venezuelan ambassadors.

The OAS, Latin American leaders, and the Obama administration denounced the first military coup in Central America in 16 years. The Honduran Congress voted to “accept” President Zelaya’s resignation and appoint a new president, even as Zelaya appeared on television in next-door Costa Rica insisting that he had not resigned and would not do so. For more, see Nicanet, Honduras Coup, NACLA reports, and AP reports.

More settlers in West Bank BBC reports that Israel has just approved construction of 50 new settler homes in a Jewish settlement in the occupied West Bank. The plan is to move 200 people from an unauthorized settlement into the new homes, which were characterized by officials as the first part of an expansion plan.

Bangladesh textile protest Thousands of textile workers in Bangladesh continued protests for a third straight day, with police using live bullets and tear gas to break up demonstrations. BBC reports that one factory was set on fire. Bangladesh has more than 4,000 textile factories and a minimum wage of about $25 per month.

“Armed men from one of the private security firms based in Kandahar tried to free two criminals – they attacked the local prosecutor’s office.” …

“The police chief of Kandahar and the head of the criminal investigation department resisted them – these guards opened fire” and killed them.