NEWS DAY | Recession over! So is your job! / Police, property and punishment / Challenging Pawlenty’s cuts / Astroturfing in DC / Agreement in Honduras 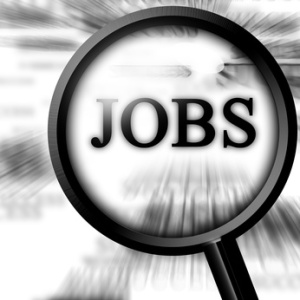 Recession is over! So is your job! I was wrong yesterday in questioning the accuracy of conflicting journalistic verdicts on the economy. Today everyone is on the same page. The GDP is growing! The recession is over! And even though Target announced that it will cut 85 jobs from its 1100-person marketing department in Bloomington, its spokesperson told MPR, ” “This is not a reflection on the current or anticipated economy.” I bet that makes the 85 people feel a whole lot better.
The newest Target lay-offs, coming at the same time as the “recovery,” point out the contradictions between “growth” and the economic experience of real people.  Paul Krugman observes:

Obviously, 3.5 percent growth is a lot better than shrinkage. But it’s not enough — not remotely enough — to make any real headway against the unemployment problem. … Basically, we’d be lucky if growth at this rate brought unemployment down by half a percentage point per year. At this rate, we wouldn’t reach anything that feels like full employment until well into the second Palin administration.

The global laggards are Europe and the United States.  The latest consensus forecasts are for Europe to grow by 1.1% and Japan by 1.0% in 2010, while the United Sates is expected to grow by 2.4% (and the latest revisions to forecasts continue to be in an upward direction).  Unemployment in the US is expected to stay high, around 10%, into 2011.  [Update: the latest quarterly GDP data do not make us want to revise this view] …

A further large fiscal stimulus, with a view to generally boosting the economy, is therefore not currently appropriate.  However, it makes sense to further extend support for unemployment insurance and for healthcare coverage for those who were laid off – people are unemployed not because they don’t want to work, but because there are far more job applicants than vacancies.  Compared with other industrial countries, our social safety net is weak and not well suited to deal with the consequences of a major recession.

Police, property and punishment Police can take and keep cash and property used in connection with some crimes, under Minnesota seizure law, but the recent Metro Gang Strike Force scandal raised big-time questions about abuses and seizures from people not involved in any crimes. While a special hotline has been set up so that people can try to get back property wrongfully seized by the Strike Force, legislators are looking at the underlying problem. MPR reports that a legislative committee heard from opponents on Thursday:

Defense attorneys read out loud the lengthy fine print it takes for someone to contest a seizure by police. They said the complicated process may make it practically impossible for someone to get property or money back, even if he is never charged with a crime.

ACLU attorney Howard Bass had a suggestion to solve that problem:

“Change the statute,” he said, “so that within 60 days, a county attorney has to file a demand for judicial determination of forfeiture, instead of the property owner, and if the prosecutor doesn’t do it, then it’s returned.”

After Pawlenty and the legislature failed to reach a budget agreement, Pawlenty refused to call the legislature back into special session to deal with the issue. Instead, the let the budget year run out and then unilaterally made cuts and shifted spending to balance the budget.

Lobbyists and liars Fake letters on seemingly official stationary from the NAACP and the American Association of University Women were sent to Congress members this summer by a lobbying firm opposing environmental legislation. Now, reports NPR, Congress is investigating the astroturf (fake grassroots) campaign by Bonner and Associates lobby.

The letters were sent at a critical moment last June: Energy companies were lobbying hard against the bill, especially its cap on carbon dioxide emissions, and some moderate Democrats felt squeezed. The phony letters could have made a big difference in the vote. In the end, the bill only eked through the House, 219-212.

Bonner’s president said he takes full responsibility but that the letters were sent without the knowledge of anyone at the firm. He blamed a temporary employee, since fired.

Lisa Maatz, public policy director for the American Association of University Women wasn’t buying the excuses, but called for a Justice Department investigation and said that Congress should “reconsider legislation to address this shockingly legal but unreported practice of ‘astroturfing.'”

Honduras settlement in sight U.S. Secretary of State Hilary Clinton called the agreement “historic,” and both ousted President Manuel Zelaya and the de facto President Roberto Micheletti say it could work. They have agreed on a return to office by Zelaya, and a commitment by all sides to abide by the results of scheduled November 29 elections. The agreement must be approved by Congress and the Supreme Court before it takes effect.

All sides agree that a way out of the governmental crisis sparked by a June 28 coup has been found, with an agreement by ousted President Manuel Zelaya and the de facto President Roberto Micheletti’s administration, still to be approved by the Supreme Court and Congress.
That could mean a slight delay, but it might actually also have been the key to the solution. Neither side could agree and so ultimately, perhaps to save face, they had to leave it to others finally, and symbolically, to make an agreement.

It appears the US government put the pressure on the Micheletti government to say leave this to the Honduran Congress. And although the Congress initially voted to remove President Zelaya from power, now it wants him back, as everyone understands that it is the only way out of this.