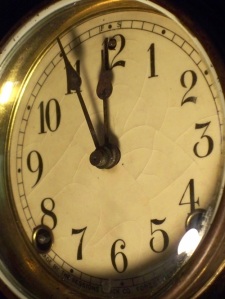 My time clock shows more than 12 hours at my “real” TCDP job and a couple more hours on the News Day blog yesterday – so today’s News Day is short, and then I’m taking a couple of days off from blogging. See you after Thanksgiving!

Recruiting Somali youth as terrorists or patriots? Federal officials charged eight people with recruiting Somali youth to return to their homeland and fight in the civil war from late 2007 to August 2008, reports the Pioneer Press. All eight of those charged on November 23 are out of the country, with one in custody in Netherlands. Ralph Boelter, the head of the FBI’s Minneapolis office, “said there were no indications those charged planned to commit any violence on U.S. soil.”

The cases unsealed Monday bring to 14 the number of people charged to date. Four of the previous six charged have entered guilty pleas and are awaiting sentencing, and newly unsealed documents suggest some of them have cooperated with government investigators.

MPR reported on the arrest of the sixth Minnesota defendant on November 19. Peter Wold, the attorney representing Omer Mohamed, talked to MPR.

“He didn’t have a role,” he said. “I mean, he knew people that went to Somalia, as did everybody else in that community. It’s a tight-knit community. His country of birth was invaded by Ethiopia. That brought passion to a lot of people, as it would you or me.”

Wold was referring to the climate in late 2007 in Somali communities around the globe, including the Twin Cities, during the Ethiopian occupation of Somalia. Friends of the missing American fighters have said that the young men wanted to defend their homeland. But the hard-line Islamic group they allegedly joined, al-Shabaab, has continued down a violent path even after the Ethiopian soldiers pulled out of the country this year.

Nick Coleman raises some questions on Twitter, as he tweets: “Sixty MN volunteers fought against Fascism in Spanish Civil War. Others fought for Israel, Ireland. How exactly are Somali fighters unique?” and “USA must not  allow foreign-borns to leave American soil to fight in other lands! (Um, don’t mention 1961 Bay of Pigs, OK?)” Coleman’s point: “Absent evidence of plot vs. America (none so far), are the anti-Somali-fighter prosecutions over-zealous?”

Let’s see: young men, recruited to return to the homeland of their parents, to defend that war-torn country against foreign occupying troops accused of human rights violations – is that an appeal that sounds more like patriotism or terrorism? And while al-Shabaab has been designated as a terrorist group by the U.S. government, that designation did not come until some time in 2008 – after most of the young men had left Minnesota. It’s possible to question the usefulness of the U.S. prosecutions without defending al-Shabaab.

Valeria Silva in St. Paul That’s the big news today, after five months of searching by an outside firm culminated in a frenetic final ten days of semi-finalist and finalist meet-and-greet, school tours, public forums and interviews. For my report (and reminiscence about her days at Adams), see the TC Daily Planet story. Doug Belden reports in the Pioneer Press, and looks at some community reactions; MPR notes that she joins a tiny group of Latino or Hispanic superintendents – about 1.4% in the country; and the Star Tribune speculates on possible contract conditions.

Schools forced to borrow With Governor Pawlenty’s “solution” to Minnesota’s budget crisis mandating delays in payment of state aid, more than one-third of Minnesota schools will have to borrow money to meet payrolls until the delayed aid is finally delivered, reports MPR. That means school budgets (and taxpayer money) will go to banks to pay the interest on borrowed money, not to pay teachers or heat classrooms.

“Our total cost of borrowing is going to cost about $70,000 over the course of this year,” said Chris Leinen, director of business services at Bemidji Schools.

Leinen said the school district made the decision to borrow after Pawlenty delayed $1.2 billion in state payments to schools as a part of his plan to balance Minnesota’s budget. It’s an accounting trick that delays a portion of state school payments until the next budget cycle to balance the current budget.

Leinen said the shift means the school district is coming up short about $1 million a month.

Gov. Tim Pawlenty took a bad accounting practice and made it worse. Pawlenty shifted 27 percent of state school aid from this year to next, meaning districts have to find the cash to pay more than a quarter of their budget in the short term. The shift will also occur next year. Education experts note that, conceivably, the aid eventually comes back to 100 percent, but that eventuality could be many years from now.

Charter schools may be hit even harder than regular public schools, reports MPR, noting that charter schools can’t go to voters and ask to increase the tax levy, a route taken by some district schools to cope with state cuts. Moreover, banks are more wary of lending to charter schools. By law, charters can’t own real estate, so they have little in the way of collateral for bank loans.

Eugene Piccolo said he’s never seen a worse stretch for charters. He heads the Minnesota Association of Charter Schools and said the payment shift is one factor, but the banking crisis forced banks to tighten their own credit.