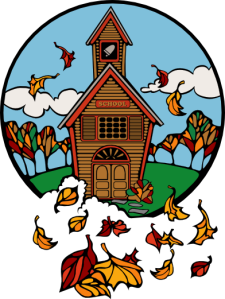 A Star Tribune article marking the 20th anniversary of Minnesota’s open enrollment option offers some interesting insights on who wins and who loses. Open enrollment gives students the option to enroll in public schools outside their own district. Big-city school districts lose both students and the state aid dollars that follow them, with more students opting to enroll outside the districts than there are outside-district students coming in. (Anoka-Hennepin and Minneapolis are cited in the article, and the same is probably true of St. Paul.)

Some districts gain lots of students and state aid – Minnetonka’s $40,000 advertising campaign, for example, pays off with a net gain of 708 students out-of-district students, bringing with them millions of dollars in state aid. The 1,700-student St. Anthony-New Brighton district is also a winner, with a total enrollment of 1,700, including a net gain of 762 students from outside the district this year, according to the Star Tribune.

One number jumped out at me in the Strib’s report – Minneapolis had “a net loss of nearly 12,000 students to open enrollment and charter schools last year.” That started me digging, and the numbers I came up with were a little less alarming. The “net loss” might be the total number of Minneapolis K-12 students enrolled in non-district schools, but it didn’t happen overnight, and it didn’t happen last year. Here are the Minneapolis Public School K-12 enrollment figures for the past four years, as reported on October 1 of each year:

Twelve thousand Minneapolis students in charter schools, or attending other districts through open enrollment, is a substantial number, but the main exodus took place from 1997-2006. During that time, the percentage of Minneapolis students enrolled in district schools fell from 95 percent to 77 percent. Declines since 2007 just are not the same order of magnitude.

The bottom line, however, remains Minnesota’s commitment for student choice:

“Minnesota has made a policy commitment that it is parents’ choice about which schools best fit their students’ needs,” said Karen Klinzing, an assistant commissioner at the state Department of Education. “One size does not fit all.”