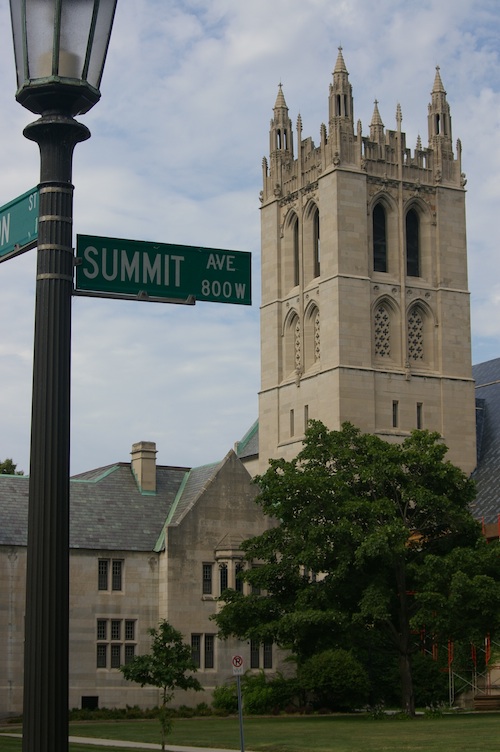 Feeding the hungry was the aim of House of Hope Presbyterian Church, with a garden planted in front of the church and produce pledged to the Neighborhood House food shelf. Then some of the neighbors complained, with a petition to the St. Paul City Council to get rid of the fence that protects the garden from marauding rabbits. A post on E-Democracy described the situation:

“If you have biked or driven down Summit Avenue lately, you may have noticed a new community garden, prominently located in the front yard of the House of Hope Church (797 Summit). This is a garden that has been years in the making, working to make sure it was visually appealing, that the historic nature of the avenue was honored in the design, working with a garden designer, getting the proper permits from the city… it has now come to fruition and it is BEAUTIFUL. It is also a mission garden that will deliver all its produce to food Neighborhood House on the West Side.  HOWEVER, two former historic preservation committee members have launched a campaign to take it down. They have filed an appeal with the city to overturn the HPC’s permit, WHICH WOULD END THE GARDEN.

Chuck Repke was at the City Council meeting and reported back to E-Democracy:

I was there and saw the hearing.  As was said, it is clear that the  only issue of concern to the council is the fence and not the garden.  It looks like Melvin is hoping to see if there is someway to modify the fence that might make all happy or less upset.

Repke also raised some interesting points about the permit process.

The garden doesn’t look like the usual, expansive and neatly-manicured lawns of Summit Avenue, but it is attractive and interesting. Here’s what it looks like:

The view from down the street. 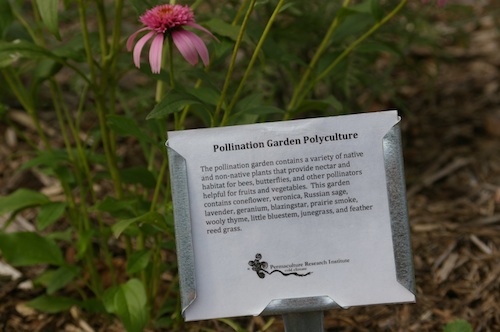 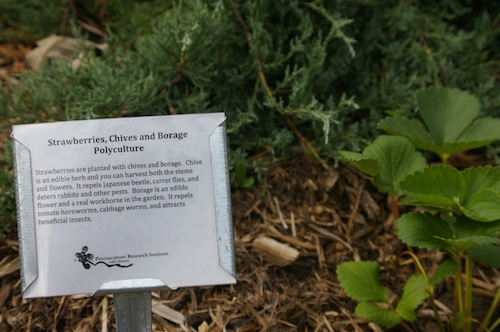 Another section has strawberries, chives and borage. 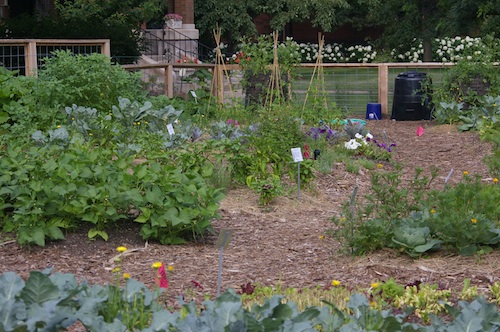 Flowers mix with vegetables, and nary a weed in sight.