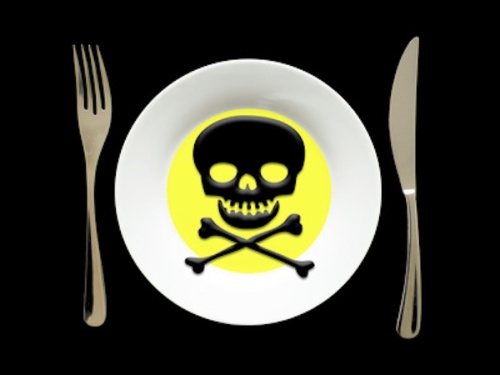 Ebola has killed one person in the United States, and two more are infected and being treated. E. coli killed two children in Oregon in September, and at least one more child is in serious condition. The CDC estimates that every year almost 48 million Americans get sick, 128,000 are hospitalized and 3,000 die from food-borne illnesses, including E.coli, salmonella, campylobacter and others.

The U.S. responded to the threat of Ebola by training medical personnel, setting up secure hospital facilities, and screening airline passengers from countries where the disease is epidemic.

The U.S. response to the reality of foodborne illnesses?

The Center for Science in the Public Interest just refiled a petition, previously denied, asking the USDA Food Safety and Inspection Service to declare four strains of salmonella as adulterants when found in ground meats and poultry. The CSPI press release said “antibiotic-resistant strains on meat and poultry were linked to at least 2,358 illnesses, 424 hospitalizations, and eight deaths—facts that CSPI says obligates USDA to keep those strains out of the food supply.” In part, the CSPI petition was a response to the Foster Farms outbreaks that have sent hundreds of people to hospitals over the past two years and left the USDA saying it has no power to issue recalls of contaminated chickens.

Among other recent food safety reports:

“More flexible criteria for determining the safety of agricultural water (e.g., the microbial standard for water) for certain uses, and a tiered approach to water testing.

“Removal of the nine-month proposed minimum time interval between the application of untreated biological soil amendments of animal origin (including raw manure) and crop harvesting.”

Ron Meador’s column in MinnPost today has an excellent analysis of two recent reports on shortcomings in U.S. food inspection and safety.

And in Chicago, doctors and consumer advocates warned about the use of antibiotics on healthy animals. CBS reported:

“’We have to worry about Ebola, but there were 23,000 deaths due to antibiotic-resistant infections in the United States in the last year,’ said Dr. Susan Boyle-Vavra, lab director for the University of Chicago’s MRSA Research Center.”