Why you should read Bluestem Prairie 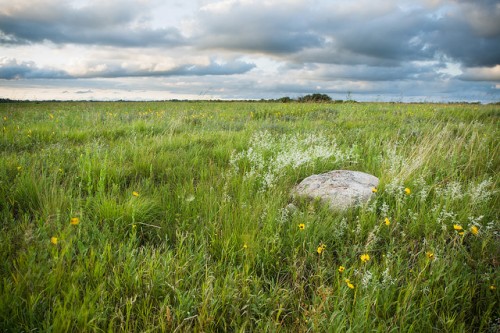 Sally Jo Sorensen calls out all kind of nonsense in her Bluestem Prairie blog, especially in the legislature, and especially on rural issues. As Republicans flex their new majority muscle in the MN legislature, one of their first targets is the Citizen Advisory Board of the Minnesota Pollution Control Agency. Sally Jo skewers this vendetta, which is triggered by the one-and-only decision to require a mega-farm to produce an Environmental Impact Statement as part of the permit process.

Let me reiterate: her coverage of the current move to shut down the citizen advisory board is just one reason to read Bluestem Prairie. Sally Jo Sorensen’s blog covers a wide spectrum of issues, with careful attention to facts. Her journalism is sometimes cited in other publications, as in this Strib editorial about the “pines to potatoes” project in northern MN. (And, of course, her work is often used without crediting her, in the kind of end run around journalistic ethics that is all too common. But that’s a different story.)

So what’s at issue with the MPCA Citizen Advisory Board? Riverview LLP proposed putting more than 9,000 cattle in a new dairy in Stevens County. The Land Stewardship Project notes that this operation would add to their already massive presence in the county, creating issues with air pollution and public health issues from hydrogen sulfide emissions, manure disposal and use of water:

“Riverview LLP has four large operations in Stevens County, each over 5,000 cows. One has over 6,000 cows and is within six miles of the proposed operation. If approved, the Baker Township dairy alone would use almost 100 million gallons of water annually.”

Bluestem Prairie reported last year, when the EIS was requested by the MPCA Citizens Advisory Board, that:

“… after hearing testimony from local residents and a township official, as well as receiving letters raising concerns about the project, the board voted 6-1 to require an in-depth Environmental Impact Statement (EIS) for Riverview LLP before it would grant a permit.”

As farmer and Land Stewardship Project organizer Paul Sobocinski noted at that time:

“To my knowledge, this is the first time that the MPCA has ordered an EIS of a factory farm. … An EIS will allow the proposal’s negative impacts on water quality and quantity, local roads and existing independent family dairy farms to be fully analyzed before the project is allowed to seek a permit.”

Fast forward to January 2015, when supporters of the farm began their legislative effort to dismantle the Citizen Advisory Board. Bluestem Prairie reported:

“Supporters of a controversial Steven County dairy have been calling for the elimination of the power of the Citizens Board of the Minnesota Pollution Control Agency (MPCA) to require an Environmental Impact Statement (EIS) of new livestock operations, claiming that the sole instance of the board making such a request has had a chilling effect on farming in the state.”

This January Bluestem Prairie post includes video excerpts from testimony before the MN Senate Environment and Energy Committee by Minnesota Farmers Union President Doug Peterson and Stevens County farmers defending the MPCA board in general, and the EIS requirement in this specific instance.

In a February 12 post, Bluestem Prairie reports on the February 11 MN House Environment and Natural Resources Policy and Finance Committee hearing, and reveals more information on the relationship between Republican legislators and the Riverview Dairy:

“Since the Citizens Board required Riverview Dairy to prepare an Environmental Impact Statement to go ahead with its “Baker Dairy” unit in Stevens County, House and Senate Republicans have insisted that the decision–the only one of its kind asked of a large feedlot since the agency (and board) were authorized in the late 1960s–has had a chilling effect on agriculture in the state.

“There’s one chilling effect that Bluestem has been able to identify: the contribution of at least $45,000 in cold hard campaign cash to the Minnesota state House Republican Campaign Committee (HRCC; year-end report here) by members of the Fehr family, owners of Riverview Dairy. (Some might add in an additional $2500 donated  by Mitch Fehr, to make the total rise to $47,500).”

When I read Bluestem Prairie’s first report, I was surprised by the Republican opposition to the MPCA citizen board. My contact with the board dates back 20 years. Back then, the board was dominated by big-ag operators. I was part of a group asking for an EIS over the location of a big turkey farm on the banks of the Wild and Scenic North Fork of the Crow River. (The turkeys won.)

Checking the MPCA website, I found that today’s board is made up of people with knowledge and experience in both farming and environmental issues. Maybe the switch from big business domination to informed citizens is why the Republicans in the legislature want to get rid of the board entirely.

P.S. As a fellow blogger, I know it’s important to see those clicks and know that people are actually reading the articles we work hard to produce. So — please click on over to Bluestem Prairie, take a look at the column headed “Become a fan,” and like the blog on Facebook, subscribe to its email, and put a few bucks in the tip jar to show your appreciation for solid reporting.

Filed under food and farming

One response to “Why you should read Bluestem Prairie”