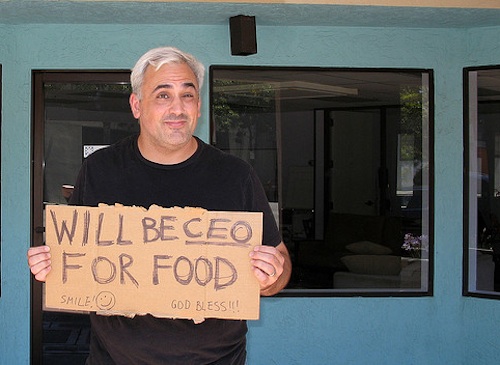 The top dogs at publicly-traded Minnesota companies earned an average of $1.21 million a year in 2014, up 18 percent from 2013. The chief executive officer pay at these 95 companies was the second highest since 2007. Did you get an 18 percent raise last year?

If you didn’t get a raise, you’re in good company: most Minnesota workers saw little or no increase in their pay in 2014. According to the Star Tribune, workers’ pay is stagnant or dropping:

“[A]verage hourly wages in the state have actually fallen since 2006. The average worker’s inflation-adjusted pay has dropped from $27.46 per hour to $25.75 per hour.”

In contrast with steady or declining pay for workers, top executives across the country see steady growth in already-large pay checks. The Economic Policy Institute reported in June that CEOs of big firms earn three times as much as they did 20 years ago and ten times as much as they did 30 years ago. Compared to the national figures, the Minnesota CEOs are downright underprivileged. The EPI reports average CEO earnings in the largest companies as $16.3 million in 2014. Of course, the 95 publicly traded companies in Minnesota exclude some of the biggest, such as Cargill, and may include some smaller companies. Still, $1.21 million a year is pretty good money.

If top executives in big companies are earning more, how are the workers in those companies doing? Not nearly as well, according to the EPI figures for the top 350 companies:

“Those at the top of the income distribution, including many CEOs, are seeing a strong recovery—compensation up 54.3 percent— while the typical worker is still experiencing the detrimental effects of a stagnant labor market: compensation for private-sector workers in the main industries of the CEOs in our sample has fallen 1.7 percent since 2009.”

The bottom line: a CEO-to-worker earning ratio of better (or worse, depending on your point of view) of 303-to-1.

No matter how you look at it, the top execs are making more, and workers are making less. Analyzing the total income generated by the U.S. economy, NPR finds that “labor’s share of total income has fallen dramatically while investment income flowing to the very wealthy continues to rise.”

That’s not even good for the economy, according to Nobel Prize winning economist Paul Krugman. Holding down wages may be penny wise and pound foolish. In a recent column, he cites studies showing that raising the minimum wage has a positive effect on employment.

“How can this be? There are several answers, but the most important is probably that the market for labor isn’t like the market for, say, wheat, because workers are people. And because they’re people, there are important benefits, even to the employer, from paying them more: better morale, lower turnover, increased productivity.”

Or, to put it another way, if higher pay is good for CEOs, it’s good for workers, too.