Rich renters wanted — the rest of you can leave 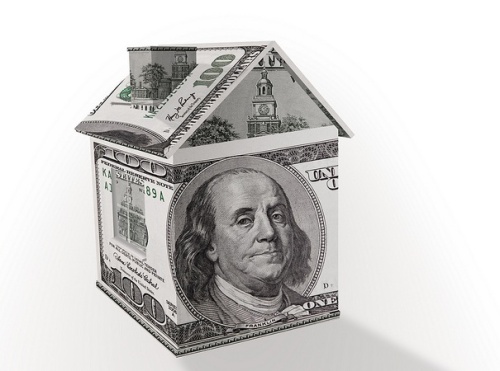 You are where you live — or at least that’s the implication of common U.S. code words like “the wrong side of the tracks” and now the use of “Section 8” as a racial slur. Increasingly, poor people who have been priced out of housing are also being pushed out of rent-subsidized housing. A combination of racism and prejudice against poor people lead many private landlords to refuse to rent to people who use federal rental assistance, commonly known as Section 8 vouchers. At the same time, new federal policies encourage government agencies that own and manage low-income housing to turn it over to private developers.

In a recent local example, the 698-unit Crossroads apartment building in Richfield changed ownership, changed its name to Concierge, and went upscale, with a “dog and cat friendly” policy, a dog park and an indoor pet spa. Not so lucky: the low-income tenants who previously used Section 8 vouchers to rent apartments. Some are suing, as the Star Tribune reports:

“According to the lawsuit, Soderberg also raised rents by up to 30 percent, required a minimum credit score of 625 and an income of three times the rent, limited residents to two people per apartment, and rejected tenants who receive government assistance such as Section 8 housing vouchers.

“’Defendants’ actions violate the Fair Housing Act … by seeking to remake the Concierge tenant population in ways that will predictably reduce the population of protected-class tenants,’ including children, people of color and people with disabilities, the suit said.”

If you have a strong stomach, try reading the comments on the Strib article, some of which denounce a retired woman who spent years as “a Hennepin County foster parent and day care provider for more than 60 special needs children who were damaged in the womb by drugs or alcohol,” and now relies on Section 8 housing vouchers to help pay her rent.

Then there’s the Alden in downtown Minneapolis. The city used tax subsidies to keep rents affordable, but now the building has been sold and it’s going upscale. Tenants, mostly on month-to-month leases, will have to leave by the end of February or face dramatically higher rents. “We’re bleeding over here,” city council member Lisa Goodman told the Star Tribune:

“Goodman is particularly bothered by the Alden transaction since seller Community Housing Development Corp. (CHDC) is a nonprofit affordable housing developer that has benefited from public subsidies. She believes the $5.8 million sale to a for-profit company, Maven Real Estate Partners, is inconsistent with CHDC’s mission to create and maintain affordable housing.”

Meanwhile in southeast Minneapolis, residents of the Glendale Public Housing townhomes continue to sound the alarm about the Metropolitan Public Housing Authority’s exploration of “redevelopment” options. The Defend Glendale resident organization insists that MPHA has neglected maintenance, and that current units should be rehabbed, while MPHA wants to consider options including private redevelopment.

Renters with low incomes have few options. The rental market in the Twin Cities is tight, and affordable rentals scarce.

Perhaps the low-income renters who are losing their apartments could consider buying homes — say, in North Minneapolis, where the median home price is $103,000. Or not. That’s where the Greater Metropolitan Housing Corporation has partnered with a private contractor to build homes that will sell for $300,000 and up. City Pages quotes GHMC President Carolyn Olson:

“If you look at what’s available in the real estate market in this price range, we believe there’s a buying market that will see value,” Olson says. “What we’re trying to do is bring economic integration to the community by providing affordable housing.”