Looking for light on the longest night 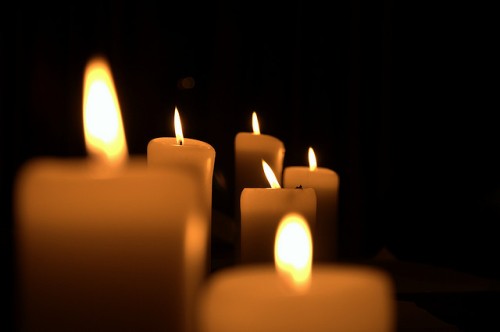 At this year’s winter solstice, the darkness seems worse, deeper, more threatening. The Seasonal Affective Disorder, in which lack of light brings on depression, can’t hold a candle to this year’s Systemic American Dysfunction.

Light marks solstice, from pagan fires on British hilltops to Scandinavian Yule logs to Hanukkah candles and Christmas trees. Like lighting candles against the long winter night, I’m offering stories of hope to shine through the post-election darkness. Here are a few of those stories:

We need to hold up the work of organizing as a light in the darkness. We need to let our victories shine brightly to inspire greater solidarity, more organizing, and surer hope.

Suffering one loss does not end the struggle. Losing an election is not losing the country. The losses we suffered, the losses our country and our state suffered in November are terrible, but they are not irreversible. We must still go on fighting, one step after another, one battle after another.

About 150 years ago, William Ernest Henley, 12 years old and recovering from tubercular arthritis and the amputation of one leg, wrote:

Out of the night that that covers me,
black as the pit from pole to pole,
I thank whatever gods may be
for my unconquerable soul.

The unconquerable souls of people standing up to power continue to move forward, continue to shine brightly through dark winter nights.

A spiritual that became an anthem of the civil rights movement tells us to keep our eyes on the prize and hold on. Reverend William Barber, the leader of North Carolina’s Moral Mondays, preached after the election:

“Those songs are not entertainment. They are songs of preparation for a fight. You only sing those songs if you are willing to stand up and challenge injustice. As you’re fighting, even when it’s dusty and dark and sometimes despairing, you keep your eyes on the prize and hold on.”