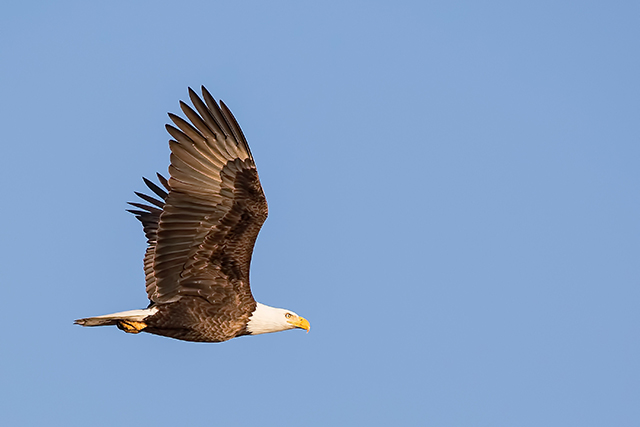 I saw an eagle on Sunday, high above the Mississippi in St. Paul, swooping and soaring over the river under a bright blue sky.

When I was in junior high school, back in the early 1960s, bald eagles were an endangered species. Growing up on a farm near Litchfield, I saw kingfishers and orioles, mourning doves and meadowlarks, but never a bald eagle. Back then, only 487 nesting pairs of bald eagles still lived in the lower 48 states. They were on the path to extinction, my teachers told us, like passenger pigeons, which were extinct before I was born….

Today, eagles soar over rivers and highways and cornfields. They, like wild turkeys and timber wolves, are success stories of conservation efforts like the Endangered Species Act, first passed back in 1966 as my teachers told us about the coming extinction of eagles….