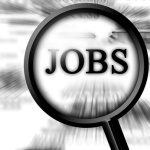 July unemployment numbers Surprisingly, unemployment fell slightly in July, with the U.S. Department of Labor reporting the figure as “9.4 percent, little changed for the second consecutive month.” Economists had forecast an increase. The U-6 unemployment figure, which includes all workers who are marginally attached to the labor market and those who are employed part-time for economic reasons, remained at 16.8 percent. The total number of non-farm jobs declined by 247,000.

The Washington Post points out the significance of some other indicators:

One key indicator will be the number of hours people are working. As the economy has deteriorated, companies have aggressively cut back workers’ hours; the average workweek for production employees was 33 hours in June, the lowest on record. That means that even if employers are reluctant to make new hires, they have room to extend the hours of current workers to respond to growing demand for products. An increase in hours would be a sign of an improving economy.

Another hidden indicator will come from staffing firms. The report breaks out the number of jobs in employment services, which have been in free fall: The number of temporary jobs has dropped by 727,000, or 23 percent, in the past year, compared with a 4 percent drop in total employment.

The DOL said the number of hours worked moved up slightly from June’s record low, to 33.1 hours, but that temporary jobs continued to decline.

Long-term unemployment continued to rise, with one in three unemployed persons out of work for 27 weeks or more, for a total of 5.0 million, or an increase of 584,000 over June.

Get ready: Swine flu ahead As the fall flu season nears, H1N1 (swine flu) outbreaks are expected to increase in number and size. Because swine flu affects young people more than the elderly, and because young people socialize extensively, the confluence of back-to-school and the flu season is likely to increase infections. Expect confusion on vaccines as distribution of seasonal flu vaccines begins shortly before swine flu vaccines become available. Hennepin county officials say the swine flu vaccine (which will be administered in two shots) will be available here in September or October, reports the Star Tribune.

Debates over the best way to respond to swine flu outbreaks continues. School closings, like those of last spring, may not do much to prevent the spread of the disease. Moreover, if the outbreak is as widespread as expected, responding with school closings could mean lengthy periods without school, simultaneously placing a burden on parents and failing to prevent young people from gathering and socializing — and exchanging viruses. If large numbers of county employees fall ill, telecommuting may be expanded.

Operation Red Zone St. Paul police announced that a three-month drug crackdown resulted in 100 arrests and driving drug dealers out of identified hot spots, including University Avenue at Dale Street and Lexington Avenue, along Payne Avenue and at Burr Street and Case Avenue on the East Side.

Scam alert Wisconsin police report a scam targeting grandparents, reports the Pioneer Press. The grandparents receive a message telling them that the grandchild is in rouble in a foreing country, and asking them to send money:

.. the typical call goes something like this: “Grandpa, this is your grandson. I’ve had an accident with a rental car in Canada. Please wire $2,500; I’ll pay you back. Please don’t tell mom or dad.”

Police say that suspicion is the best response to any request for money or help.

Senate business Senator Al Franken, the newest member of the Senate, got the privilege of wielding the gavel and presiding over the confirmation of Supreme Court Justice Sonia Sotomayor. The Senate also passed a bill allocating another two billion dollars for the Cash-for-Clunkers program. (The House already passed the measure last week.) MPR sums up some of the criticism of the program as not really reaching its environmental goals.

On health care, Democrats in the House, including Speaker Nancy Pelosi, said they intended to push back against the Obama agreement with drug companies, according to the New York Times

Representative Henry A. Waxman, the California Democrat who heads the Energy and Commerce Committee and helped write the House health care bill, vowed to fight the White House, asserting that it was conceding too much to the powerful drug industry lobby, PhRMA.

Return of the Fail Whale? As the Washington Post explained:

What happened? According to the New York Times:

Bill Woodcock, research director of the Packet Clearing House, a nonprofit technical organization that tracks Internet traffic, said the attack was an extension of the conflict between Russia and Georgia.

Iraq At least 23 Shiites were killed in two separate bomb attacks Friday as more than a million headed for Karbala, south of Baghdad, for the annual celebration of the birth of historic religious figure Mohammed al-Mehdi, reports BBC. Three were killed as they traveled and 20 in an attack on a mosque in Mosul. Bomb attacks on five Shia mosques in Baghdad killed 29 people last Friday.

Pakistan BBC reports that U.S. and Pakistani officials think that Baitullah Mehmud, head of the Taliban in Pakistan, may have been killed in a U.S. bomb attack on his father-in-law’s home.

Afghanistan BBC reports that four U.S. service members were killed by a roadside bomb on Thursday.

Somalia The Washington Post reports that the extremist Al-Shabaab movement is losing power and poularity in Somalia.

In the areas they control, gangs of young rebels are erratically imposing their own notions of Islamic law. They have stoned to death a young rape victim, flogged women for dancing and lately have been walking the streets with pliers, removing gold and silver teeth from passersby.