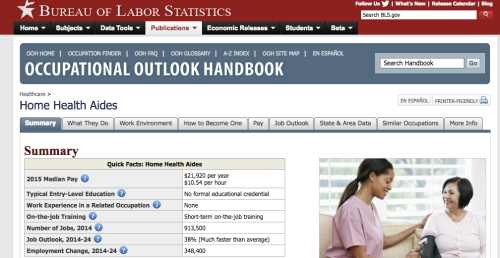 You might think that kindness and care for people who are elderly or disabled should be rewarded. Not in this state. Not in this country. Instead, the low-paid personal care attendants who serve on the front lines of home health care face the awful choice of neglecting the  people they care for or working without pay. END_OF_DOCUMENT_TOKEN_TO_BE_REPLACED

Getting the lead out — in Flint, in St. Paul and across the country

Twenty-some years ago, my kids tested with high lead levels. Ron and I were shocked and horrified. Before our oldest was born, we had tested the paint in the house – no lead. Tested the water – no lead. Tested for radon – no radon. Tested for every single thing we could think of, and everything came back safe. And now our children had high lead levels. END_OF_DOCUMENT_TOKEN_TO_BE_REPLACED

Reforming health care – and the Senate

In two sunrise votes on Tuesday morning, Senators continued the march toward approval of their version of health care reform. Republican opponents can delay a final vote until Christmas Eve.  Paul Krugman says the Senate needs reform, too (below). END_OF_DOCUMENT_TOKEN_TO_BE_REPLACED

NOT writing about health care or COP15 today. No, I’m not. Not going to write about the minute-by-minute, breathless coverage of the cloture vote in the Senate, now dramatically scheduled for Christmas Eve on a watered-down bill that will give big new profits to insurance companies — or about the fact that this bill, once passed by the Senate, heads to conference committee for compromises with the House bill, so we really don’t know what will end up on the President’s desk. The nastiness of the final debate, rather than the substance of the bill, was the focus of much coverage. With one Republican Senator calling for prayer that a Democrat would get sick or die to prevent the final vote.

And NOT going to write about COP15, or how it fizzled to a close with an unenforceable sort-of-agreement that might or might not make any difference, after Denmark showed that its cops could compete in the worldwide bash-a-demonstrator competition. If you want to see what happened, go to The Uptake, and if you want to read about it, BBC sums it up.

H1N1 shots – for everyone 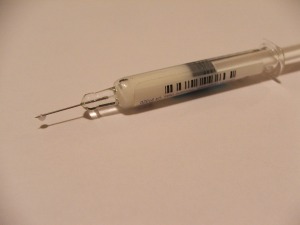 St. Paul-Ramsey County Public Health announced that everyone can come and get an H1N1 flu shot, beginning with a clinic on Saturday, December 19, from noon to 4 p.m. at North Heights Christian Academy, 2701 North Rice Street, Roseville. According to the Ramsey County Public Health website, “The vaccine is free and available on a first-come, first-served basis.” Pubic health officials said they are opening the shots to everyone because there is more vaccine than is needed for high-risk groups. The website also lists clinics earlier in the week for high-risk groups – call 651-266-2440 for further information. END_OF_DOCUMENT_TOKEN_TO_BE_REPLACED

December 10 is International Human Rights Day and, in observance of that day, the Minnesota AFL-CIO is sponsoring a forum on health as a human right. Then, at 12:30, three DFL legislators will present their plan to save GAMC – General Assistance Medical Care, which serves as a safety net for the poorest, most marginalized people in our community. MinnPost reports that about 36,000 poor adults are currently enrolled in GAMC. Governor Tim Pawlenty cut all funding for GAMC as part of his unallotment strategy for solving the state budget deficit in the current biennium. END_OF_DOCUMENT_TOKEN_TO_BE_REPLACED

Now is the time: H1N1 shots 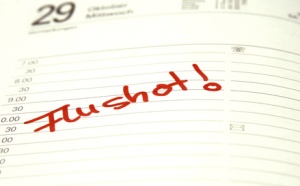 Today’s Star Tribune editorial lays it out – while the second wave of H1N1 may be fading, the third wave is just over the horizon and now is the time to get vaccinations: END_OF_DOCUMENT_TOKEN_TO_BE_REPLACED

The issue: will a future governor and legislature be able to opt out of a federal health care plan? According to the Star Tribune:

The stakes are high. According to federal estimates, 875,000 Minnesotans could be directly affected: the 519,000 uninsured, plus another 356,000 with nongroup coverage who could be eligible for health insurance through a federal exchange that includes the public option. END_OF_DOCUMENT_TOKEN_TO_BE_REPLACED

END_OF_DOCUMENT_TOKEN_TO_BE_REPLACED

The Star Tribune cheerfully headlined “Finally, H1N1 vaccine a click away” and continued:

Looking for an H1N1 shot?

Now you can find one by entering your ZIP code on a state public health website.

Only problem: it’s not true. The http://www.mdhflu.com website lists NO H1N1 vaccine clinics within 30 miles of Minneapolis or St. Paul. None. Not a single one.

So here’s the progress on finding H1N1 vaccines for people at risk: Two weeks ago, MDH was withholding all information about where you could get an H1N1 flu shot, theoretically because the public could not be trusted with that information. Now MDH says they will give the information to the public, but their website doesn’t have accurate or current information. Progress?

There are clinics offering H1N1 vaccine, but I’m not sure where all of them are. An intensive web search turned up the Hennepin County website listing a couple of December clinics. They’re suburban locations, but well within the 30-mile radius. Some college campuses are offering H1N1 vaccines to their students, though others are still waiting for the vaccine, according to MPR. And there are other clinics, but which ones and where they are remain a mystery.

Supplies of the vaccine are still scarce – news reports from various sources say that Minnesota has received about a million doses, but that about 2.7 million are needed to meet the demand for at risk groups.

The vaccine is still limited to people at risk. That group now includes anyone between six months and 24 years of age, people who live with or care for children under six months of age, people older than 25 who have chronic health conditions, and health care providers.

MPR reports that some clinics have surplus H1N1 vaccine and are vaccinating non-high-risk patients.

Minnesota Public Radio News has learned of at least five cases where H1N1 vaccine was offered to patients, even though the individuals did not fall into any of the high-risk categories for priority vaccination. Four of the cases occurred at two different clinics southeastern Minnesota and one case was in St. Paul.

So far, there’s only enough vaccine for less than half of Minnesota’s estimated 2.7 million residents who are in high-risk categories. Ehresmann said she’s heard from many metro-area counties where demand for vaccine is still very high and the supply is very short.

She said any clinic that has excess vaccine should share its doses with other clinics.