Reforming health care – and the Senate 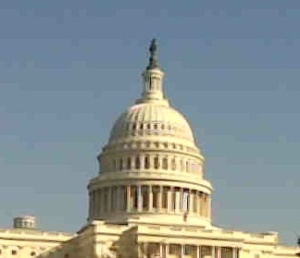 In two sunrise votes on Tuesday morning, Senators continued the march toward approval of their version of health care reform. Republican opponents can delay a final vote until Christmas Eve.  Paul Krugman says the Senate needs reform, too (below).

And the problem of getting to health care reform will be far from resolved, even after the expected Senate passage of its bill on Christmas Eve. Next stop: a conference committee, to come up with a compromise between the House and Senate bills. That will be a challenge, reports the New York Times. Just for a starter, both abortion foes (Catholic bishops) and supporters of a woman’s right to choose (Planned Parenthood) oppose the Senate bill’s provisions. Other issues include how to expand coverage to everyone and how to pay for reform – neither exactly a minor issue.

• MPR talked to Jan David Wald, a senior medical tech analyst with the Nobel Financial Group. He said that the 2-3 percent sales tax on medical devices would seriously impact the industry, but acknowledged the current high profit margins:

Wald said that perhaps 11-13 percent is currently reinvested in research and development, and that companies might cut this amount.

• MPR also analyzes the impact of health care reform on a St. Paul small business, Wet Paint. According to analysts, small businesses now pay 30 percent more for health insurance than larger businesses. With health care reform, Wet Pain would receive government assistance for paying health care costs, in the range of $20,000-30,000 per year in a two-year tax credit beginning in 2013. But Wet Paint’s owner is disappointed that the bill does not move to a single-payer public health care option, getting her out of the insurance business:

“To me, this is just a no-brainer … If we can intervene before these Americans develop full blown diabetes we’ll save billions of dollars and not incidentally avoid the burden of diabetes for millions in our country. It’s really a win-win.”

Democrats won big last year, running on a platform that put health reform front and center. In any other advanced democracy this would have given them the mandate and the ability to make major changes. But the need for 60 votes to cut off Senate debate and end a filibuster — a requirement that appears nowhere in the Constitution, but is simply a self-imposed rule — turned what should have been a straightforward piece of legislating into a nail-biter. And it gave a handful of wavering senators extraordinary power to shape the bill.