A tale of two sheriffs 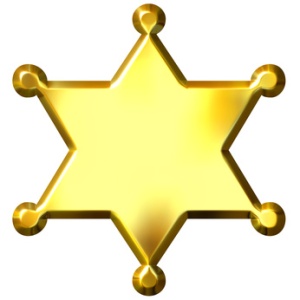 Ramsey County Sheriff Bob Fletcher is raising all kinds of ethical issues with a recent fundraising effort, and across the river, Sheriff Rich Stanek’s newest initiative seems to be based on the premise that there’s no place like jail for the holidays.

Sheriff Fletcher recently wrote a letter to the county’s permit-to-carry holders, inviting them to shoot at Ramsey County’s indoor firearms range as part of a fundraiser. He suggested the each donate $150 to one of five organizations serving the homeless in Ramsey County, including Catholic Charities and Union Gospel Mission.

Let us count the ways that this is a problelm:

There’s no place like jail for the holidays Across the river, Sheriff Rich Stanek yesterday announced an end-of-the-year clearance, saying that his officers will use the holidays as a time to swoop down and arrest anyone with an outstanding warrant.  According to the sheriff’s press release, there are 5200 felony warrants, 2500 gross misdemeanor warrants, and 9000 misdemeanor warrants outstanding in Hennepin County.

The sweep plans to focus on warrants related to certain categories of crime;

The sheriff’s press release advises people with warrants to turn themselves in at the Hennepin County Government Center, where they will be jailed until they can bail themselves out, and notes, “It is recommended that you turn yourself in by midnight on a regular business days if you prefer to appear in court the following day.”