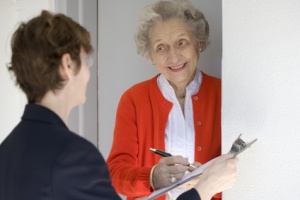 The census will hire 1,000 temporary workers in the Shakopee area, reports AP in the Pioneer Press and on MPR. Why is Shakopee such a key area?

Maybe it isn’t. The Pine Journal reports that jobs will be available across the state. The City of Minneapolis website says that census jobs are available across the state and notes that census offices are located in Minneapolis, St. Paul, Bemidji, Duluth, Edina, Rochester and Shakopee. The census hiring numer given in the  – (866) 861-2010 – says jobs will be available in all areas. This automated line also says most hiring will take place from February-May 2010, and leads you to a way to apply for jobs “in your area.”

The City of Minneapolis website also offers info on getting the jobs:

To be considered for these positions, applicants must pass a 30-minute test that focuses on critical reading, math, and clerical skills. Free test prep classes will be held every Saturday from 10 a.m. – noon at the Redeemer Missionary Baptist located at 116 E. 32nd St. For more information, call 612-823-1081.

So … why is the AP/PiPress story focused on Shakopee? Sounds like a press release rewrite that missed a few facts.

Another interesting census story comes from MPR, which quotes State Demographer Tom Gillaspy as saying that the recession could help Minnesota keep its eight seats in the House of Representatives. Why? Seems people are moving less, and that may add a crucial few numbers to Minnesota’s population.

Gillaspy said Minnesota is fighting to hold on to its eight seats. If the population has declined so much that the state loses a seat, it would be the first time since 1960. Gillaspy said 2008 population projections put Minnesota about 4,000 people short of keeping the seat, but he expects that number to shift when the 2009 figures are released….

The stakes for that final seat are huge. For one, having eight, instead of seven, congressional seats increases a state’s clout in Washington D.C. The federal government also bases payments and financial reimbursements on figures from the Census.