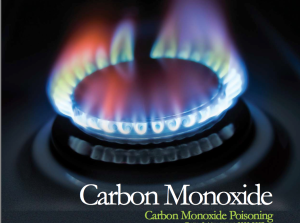 A new report from the Minnesota Department of Health describes the extent of carbon monoxide poisoning in Minnesota:

The report notes that while CO poisonings occur year-round, they occur most often during fall and winter. These colder months are when faulty furnaces and improperly maintained or operated fuel-burning devices such as non-electric space heaters and power generators are likely to be used. Hospitalizations, visits to the emergency department (ED), and deaths due to unintentional, non-fire related CO poisonings are also more common among outstate residents compared with metro region residents.

In just a five-year period (2003-2007), unintentional CO poisonings were responsible for 61 deaths, 175 hospitalizations, and 1,261 ED visits among Minnesotans. These numbers, which refer only to incidents that are not fire-related, are even higher when incidents involving accidental fires (such as residential fires) are included. The statistics paint a grim picture, especially since most of these unintentional CO poisonings are completely preventable.

The Minnesota Department of Health recommends:

• Install and maintain a CO alarm within 10 feet of each room used for sleeping – it’s Minnesota state law: http://www.dps.state.mn.us/fmarshal/CO/CO.htm.
• Have a qualified technician check your heating systems and fuel burning appliances annually.
• Educate yourself and family members about the signs and symptoms of CO poisoning, such as severe headache, dizziness, nausea, and drowsiness: http://www.health.state.mn.us/divs/eh/indoorair/co/index.html.
• Never leave a car or truck running inside a garage attached to your house, even if you keep the garage door open. Instead, start your vehicle and back it out of the garage to let it warm up outside during cold weather.
• Never use a generator or fuel-powered tools inside the home, garage, in enclosed areas, or near windows, doors, vents, and other openings.

The 4,700 senior citizen volunteers who serve as the government’s eyes and ears have been credited with saving taxpayers more than $100 million since 1997. The program relies on elderly people to apply a lifetime’s worth of common sense and skepticism.

• January 1, July 4 – If you didn’t know your date of birth and you had to put something down on a form, what would you choose? Immgrants, who often have no record of an exact date of birth, most often choose January 1, but July 4 is also popular, according to MPR.
• Candidates to replace Senator Dick Day – Republican Waseca businessmanMike Parry, Democrat St. Olaf College instructor Jason Engbrecht, and Independence Party candidate Waseca Mayor Roy Srp. (MPR)
• Israel’s Supreme Court said Palestinians must be allowed to travel on a major highway that runs through the West Bank. The court order said the military must re-open the half of the 20-mile highway that it closed to Palestinians in 2007. (AP)

• Twin bombs in Iraq killed at least 20, including 18 police officers, and injured more than 100, including the governor of Anbar Province. (BBC) The bombings come as a new wave of killings has targeted the Awakening Council, a confederation of Sunni tribes that has sided with the United States. (NYT)

A police official told The Associated Press that a suicide bomber detonated a car bomb on a major boulevard in Ramadi, close to the offices of the Anbar government. When the governor, the deputy police chief and other officials arrived on the scene, another suicide bomber, on foot, blew himself up.

The deputy police chief was killed, the official said.

• Minneapolis homicides drop sharply – to 19 so far, half of last year’s total and one-fifth of 1995’s record-setting 97. (Star Tribune