Just saying no to unallotment / headlines 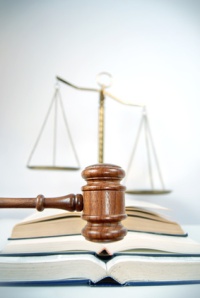 Chief Ramsey County District Judge Kathleen Gearin ruled against Governor Tim Pawlenty’s use of unallotment to balance the state budget, but what does her ruling mean for the future? The December 30 ruling is limited to one small program and a narrow time frame, but the potential for bringing down the entire unallotment scheme is implicit in strong condemnation of this unallotment in the opinion issued by the court.

The small picture
First of all, the case before Gearin involved $5.3 million of the $2.7 billion in unallotments. The only program immediately affected is a single, relatively small program that provides special dietary assistance to a small number of Minnesotans with special dietary needs due to medical conditions. The lawsuit was brought on behalf of these individuals, and Gearin’s ruling granted a temporary restraining order, saying that the state cannot cut off funding for this program — or at least, not yet.

Besides the relatively narrow scope of the ruling, it is only a preliminary ruling, granting a temporary restraining order. Gearin ordered that the program funding must continue until a full hearing of the case, which is now set for March 1, 24 days after the legislature reconvenes.

The big picture
Gearin’s order included a sweeping condemnation of Pawlenty’s use of unallotment as a violation of Minnesota’s constitutional separation of powers. Summarizing the facts of the case, she points out that Pawlenty had the opportunity to veto spending bills and to use the line item veto to eliminate specific allotments. He chose not to do so, instead signing the spending bills and vetoing the revenue bill after the legislature already had adjourned. According to Gearin’s memorandum:

The governor used unallotment rather than calling a special session of the legislature or vetoing the appropriations bill to balance the budget. He did this after signing numerous spending bills which taken together, he knew would not balance the budget unless revenues were raised. He used the unallotment statute to address a situation that was neither unknown nor unanticipated when the appropriation bills became law. The Governors actions in this instance differed from his use of unallotment in the Rukavina case. In that situation the governor used unallotment ot protect the state from a financial crisis that was both unknown and unanticipated when the appropriation bills were signed. …
[The] Governor crossed the line between legitimate exercise of his authority to unallot and interference with the Legislative power to make laws, including statutes allocating resources and raising revenues. The authority of the Governor to unallot is an authority intended to save the state in times of a previously unforeseen budget crisis, it is not meant to be used as a weapon by the executive branch to break a stalemate in budget negotiations with the legislature or to rewrite the appropriations bill.

Procedurally, the next step is the March 1 hearing on this case. Even before that time, it seems likely that other lawsuits challenging all or some parts of the governor’s unallotment will be filed. Like the 2004 challenge [Rukavina v. Pawlenty, 684 NW 2nd 525 (Minn. App. 2004)], the challenge(s) to the current unallotment will move from trial court to appellate court. It’s not clear whether Pawlenty will file an appeal from the temporary restraining order, or will wait for the March 1 decision to appeal a final decision in the case, but the language of the memorandum issued yesterday seems to point pretty clearly to that final decision.

In a clue to the significance of the case, national media outlets, including the New York Times and ABC News, picked up the AP story.

And if unalllotment is overturned? That opens up the entire budget debate from the 2009 legislative session again – at a time when the looming deficit for the next biennium is predicted to be even larger than that of the current biennium. Gearin’s memorandum lays out the procedure:

The Legislative branch has the fundamental constitutional power to appropriate the public funds. This power is tempered by the Governor’s veto authority. Their policy differences regarding how to deal with Minnesota’s present budget situation can only be resolved by them.

• A record South Dakota probably doesn’t want was set by a woman arrested for driving while intoxicated. Her blood-alcohol level measured .708 when she was arrested on December 1. The legal limit is .08, and the .708 may be the highest level ever recorded. She was arrested again on Monday for DWI while driving a stolen vehicle. (AP)

• Pakistan police arrested a top Taliban commander (AP). Pakistani soldiers also raided a hospital, which started a four-hour fire fight. In the end, four militants and an unidentified woman were killed, and soldiers arrested 18 people they said were militants, though hospital officials said some were staff and patients with no apparent Taliban ties. (BBC)

• An Afghan army officer turned suicide bomber yesterday, gaining access to a CIA base near the eastern city of Khost and killing at least eight U.S. civilians and one Afghan civilian. It was not immediately known how many of the civilians were on the CIA payroll. (Washington Post) In addition to the civilian/CIA deaths, 12 U.S. military have been killed in December, bringing the total U.S. military deaths in Afghanistan in 2009 to 310, as of December 30, according to the Washington Post. In a separate incident, the Taliban killed four Canadian military and a Canadian journalist with their unit in an attack in southern Afghanistan. (AP)

• A Somali man was arrested in November for trying to take chemicals and syringes on a plane, in a scenario similar to that of the Nigerian man arrested after setting off a small explosion on Christmas Day in Detroit. The Somali man attempted to board a plane from one Somali city to another, which was then scheduled to fly on to Djibouti. (NPR)