Need a little hope? Read on! 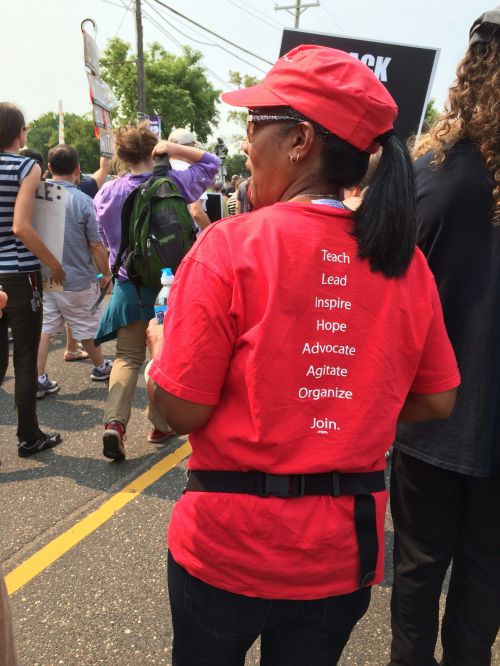 Had enough of this week’s death and horror? Here are six stories of hope and action, from Austria to California to Minnesota. Sometimes I need to focus on these stories to continue believing that each of us can make a difference. If you need that lift, too, read on.

In California, a black family was threatened and bullied on a family camping trip. Now residents of the community have rallied and started a Gofundme page to offer the family their heartfelt apologies, and an invitation to come back, all expenses paid, and this time be met with welcome and friendship. The Root reports:

“Dear Allen family, This should never happen to you or any other family. I am so sorry that the stupidity and ignorance of that evil person (or people) ruined your vacation. We have an awesome community here of decent, caring, people who are more than willing to extend their friendship to your and your family and show you that we care,” one commenter, Renee Glenn, posted on the fundraiser page.

“I hope that gofundme raises enough money for your family to have another reunion—you deserve it!” she continued. “And even though I know you said you wouldn’t come back here, I think you’d be surprised by the incredible outpouring of love you would get from members of our community if you and your family returned. Blessings to all of you.”

In Europe, residents and businesses are stepping up to help refugees. From Peter Boukaert’s Facebook page:

“2,200 Austrian drivers pledged to drive to Budapest to pick up Asylum seekers. Drivers from as far as Sweden are driving down. The people of Europe are taking charge from their direction-less leaders. Welcome refugees!”

People traveling on Scandinavian Airlines SAS and Norwegian airlines will be able to bring extra luggage with relief supplies for refugees to the Mediterranean, with no baggage charges. Sveriges Radio reports:

“We’ve been getting a lot of enquiries from passengers if they are allowed to bring extra baggage. It is a drop in the ocean, but we want to contribute with something,” Astrid Mannion, press secretary at Norwegian, told TT.

And Finland’s prime minister, following the example of many Icelanders, offered to open his home to refugees, beginning in January, according to HuffPost:

“We should all take a look in the mirror and ask how we can help,” Sipila told national broadcaster YLE.

My Minnesota story is not really an action, but rather an inaction. The “10,000 Minnesotans for Southern Heritage” confederate flag rally scheduled for the Capitol this morning? A total no-show. The only people who showed up were anti-racism counter-demonstrators.

And showing the power of protest, the New York Times public editor announced that she will investigate reader complaints about (non)coverage of Bernie Sanders’ campaign:

“Stop the media blackout on candidates who are not Donald Trump or Secretary Hillary Clinton,” Roswell Colt Deutscher wrote in an email to me. And Chris Switzer, in an email criticizing Sanders coverage earlier in the summer, wrote: “I’ve enjoyed my subscription to the Times but I would like to see better coverage of the issues, less coverage of the personalities, and a little bit of parity among the candidates.”

This post is just to say that I’ve heard your requests and over the next few days, with the help of my assistant, Joumana Khatib, I will be doing a content analysis of the coverage.

The New York Times investigating itself is not a huge story — but it shows that individual protests and pressure have the power to move even big institutions to change. If these stories give you even a little sense of hope and power, then click on over to my list of ways to take action today to help Syrian refugees, complete with links to donate, email addresses of public officials and even the text of my email, which you can copy and send.