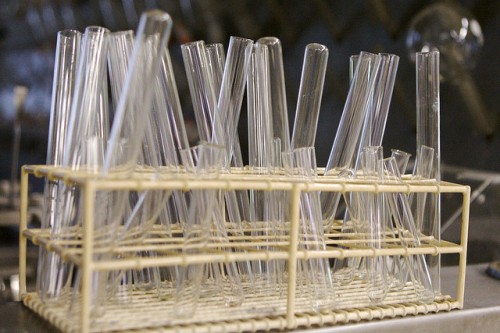 The Star Tribune reported last week that more than 3400 Minnesota rape kits have never been processed, characterizing the number as “part of a continuing national scandal.” Nationwide, the number of unprocessed rape kits may reach the hundreds of thousands.

A similar Cleveland Plain Dealer investigation, ongoing for the past five years, revealed serial rapists who were never prosecuted because rape kits were never processed. That, says Columbia Journalism Review, “means that every unsolved case is even more likely to be another rape waiting to happen, and that removing even a single rapist from the street eliminates an ongoing threat.”

Like the Cleveland Plain Dealer investigative team, the Star Tribune got the report through a public records request. In Cleveland, the number of unprocessed rape kits was estimated at roughly 4,000. Work on getting these kits processed and investigating rapes, begun in 2011, has had dramatic results: “Three hundred and fifty cases have led to grand jury indictments, and as of this month, over 100 rapists have been convicted, some of multiple rapes.”

According to the Cleveland Plain Dealer report:

“Among the most stunning revelations from the testing is that at least 12 serial rapists, responsible for as many as 50 attacks were on the prowl in Cleveland in the early 1990s. But because some cases were ignored or quickly abandoned, more women and children were raped.”

Collection of rape kit evidence can further traumatize rape survivors. Those survivors endure the “a lengthy, invasive 4-6 hour process” because they, along with much of the public, believe that the evidence will be used to find and prosecute the rapists. As the Cleveland Plain Dealer reported:

Women who undergo the ordeal of evidence in the hospital deserve to have that evidence tested and used to identify and convict the rapist. This year, the Minnesota legislature ordered an inventory to find out how many unprocessed rape kits there are in the state. The report must be submitted by December 1. Now the legislature needs to take the next step and require that all police departments process rape kits within 90 days and report DNA profiles to state and federal databases.

Here’s how you can help:

Did you know that there are more than 3400 untested rape kits in Minnesota? Women who undergo the ordeal of evidence in the hospital deserve to have that evidence tested and used to identify and convict the rapist. In Cleveland, when prosecutors finally examined a similar number of untested rape kits, they got more than 100 convictions, including many serial rapists.

In the last session, the Minnesota legislature required an accounting of the unprocessed rape kits across the state. Now it’s time to take the next step and pass a law requiring police departments to process kits within three months and submit the DNA profiles to state and federal databases. Will you introduce or support such a law in 2016?

and How an Ohio reporter helped convict more than 100 rapists <http://www.cjr.org/local_news/rape_kit_reporting.php&gt; and Serial rapists terrorized Cleveland’s women and children in the 1990s, while police set cases aside <http://www.cleveland.com/rape-kits/index.ssf/2013/08/serial_rapists_terrorized_clev.html&gt;.)