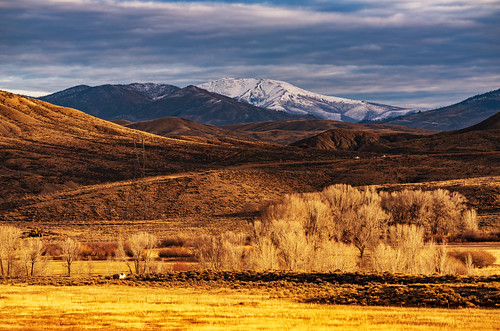 Someone called police early Sunday morning. Domestic assault, they said. Paramedics helping the victim, and a man interfering with them, they said. Did he want to talk? To fight? Maybe even to apologize? We don’t know. We do know that police acted, taking Jamar Clark away from the paramedics. Minutes later, the 24-year-old black man lay on the ground with a police bullet in his head.

Other people were on the street by then.

One of them was a neighbor, Nekelia Sharp, who told the Star Tribune:

“That young man never struggled. He never resisted. He never got out of line with them. When they cuffed him, they cuffed him hand in hand and they slammed that man down. One had his knee in his back … When that boy looked up all he could say was ‘F you. F you.’ And there was a bullet.”

Another was Teto Wilson, who was quoted in an NAACP press release:

“The young man was just laying there; he was not resisting arrest. Two officers were surrounding the victim on the ground, an officer maneuvered his body around to shield Jamar’s body, and I heard the shot go off.”

Jamar Clark was not armed. No weapon was found at the scene.

Police say that, “At some point during the struggle, an officer discharged his weapon, striking the suspect.”

Minnesota law says police use of deadly force is only justifed when necessary:

(1) to protect the peace officer or another from apparent death or great bodily harm;

(2) to effect the arrest or capture, or prevent the escape, of a person whom the peace officer knows or has reasonable grounds to believe has committed or attempted to commit a felony involving the use or threatened use of deadly force; or

(3) to effect the arrest or capture, or prevent the escape, of a person whom the officer knows or has reasonable grounds to believe has committed or attempted to commit a felony if the officer reasonably believes that the person will cause death or great bodily harm if the person’s apprehension is delayed.

Witnesses say Jamar Clark was handcuffed. Police say he wasn’t. Handcuffs were found at the scene.

Clark was taken to the Hennepin County Medical Center and placed on life support. His family was told that he was brain dead when he arrived. Eventually, life support was disconnected, and he was pronounced dead on Monday night.

“From witness accounts, Jamar Clark was handcuffed and then shot in the head in front of dozens of witnesses,” Levy-Pounds says. “Police essentially threw a corpse in the back of an ambulance, and put him on life support at the hospital. They pulled guns on witnesses and sprayed them with mace. They waited 45 minutes before asking people what had happened there. This is one of the worst examples of what we’ve seen, recently, with the execution of unarmed black men.”

Minneapolis Police Chief Janee Harteau and Minneapolis Mayor Betsy Hodges referred the case to the Minnesota Bureau of Criminal Apprehension for investigation. Hodges has also requested a Department of Justice investigation, and the DOJ is considering that request.

According to an Associated Press report, the BCA said they have video from an ambulance, a mobile police camera, a public housing camera, a camera at an Elks Club across the street, and people’s cell phones. The BCA said there were no police body cameras and no police dashboard cameras, and that none of the videos shows everything that happened.

Protesters demand that the video evidence be released. The BCA says no. Not until their investigation is complete. How long will that take? Two to four months is “normal,” but this case “has been given top priority.”

Writing in the Star Tribune, Jon Tevlin noted that:

“…the BCA was called in to investigate 83 shootings of individuals by law enforcement officers in the past decade and in all but one concluded that the use of deadly force was justified, according to a Star Tribune investigation. The one case was dismissed.”

Protests began about 3 p.m. on Sunday, at the place on Plymouth Avenue near James where Jamar Clark was killed. Then demonstrators occupied the waiting room at the 4th precinct, where they have remained ever since. On Monday evening, hundreds of protesters marched out onto Highway 94, shutting down the interstate for a couple of hours, until police arrested 51 people and took them to jail. Professor Nekima Levy-Pounds was among those arrested, as she knelt on I-94.

Protesters demanded an independent investigation, release of all videos, release of the names of the officers involved, and prosecution of the officer who shot Jamar Clark. With multiple groups involved in the protests, different statements of demands have been made. Black Lives Matter Minneapolis issued a list of five demands:

After the arrests on the freeway Monday night, Nekima Levy-Pounds wrote on Facebook:

“Friends, I’m tired. But I’m free. Blessed to have been in the company of such brave souls willing to be arrested last night, standing up for what they believe in. Thanks for all of your love, support, & encouragement. These arrests were not planned in advance of the demonstration. We each made a split second decision to risk being arrested or to exit the freeway. We did it for Jamar and all of those whose lives have been senselessly lost to police violence. The time for justice is now. The time for freedom is now. The time for equality is now. Not tomorrow. Right Now!”

One response to “Justice for Jamar”