#Orlando — What can we say? 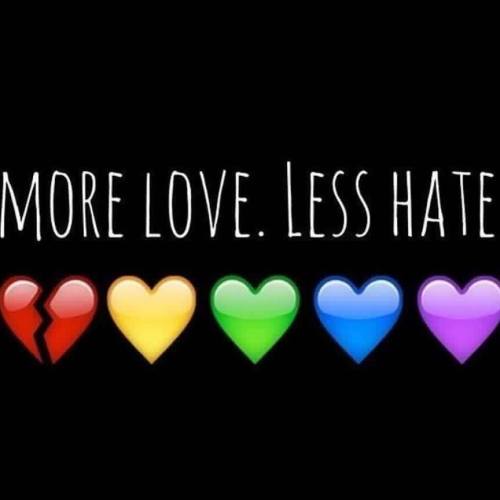 After the hatred, after the massacre, what can we say? No words can make anything better. And yet we speak, because we are human, because we use words to connect with one another and to express our grief, our outrage, our solidarity. So — some words gleaned from my Facebook and morning news:

Erin Murphy wrote after the Minneapolis Vigil for Orlando:

Another vigil took place in St. Cloud, a city once known as “White Cloud” and known for racism. For the past year or so, I’ve watched in hope as UniteCloud works to change not the reputation but the lived reality of St. Cloud and Stearns County, working to bring people together, working to combat the haters. Last night, Unitecloud posted: “We are gathering outside the courthouse in St Cloud. Please join your LGBT neighbors to stand together as a community.” Thanks to Unitecloud for bringing light.
TomDispatch wrote this morning, raising some of the more important and political issues:

Nation of carnage: There was, of course, the nightmare of Orlando yesterday, a massacre that seems to have combined virulent homophobia with the distant thrill of ISIS in the mind of a clearly disturbed man and according to his former wife, a violent wife abuser as well. Someone, by the way, born in New York City and so the sort of home-grown crazed figure whom a Trumpian “ban” on Muslims would have had no effect on whatsoever.

Meanwhile, in Los Angeles, an Indiana man (no Muslim heritage in sight) was stopped by the police on his way to a gay pride parade with a car stuffed with “cache of weapons, ammunition, and explosive-making materials,” though no one knows what he was going to do with them. Meanwhile, in Roswell, New Mexico, a man seems to have shot and killed his wife and four daughters in their home (weapon as yet unknown). And so it goes (and goes and goes) in the U.S. in our exceedingly over-armed century. Tom

Should a wife beater have a license to carry a gun? Should he be employed as a security guard? Hate crimes are terrorism. And this home-grown terrorist began by terrorizing his wife.

I don’t know whether Sierra DeMulder‘s post is going viral, but I see it reposted by multiple Facebook friends:

Take the time to count to 50. Now add family. Add wounded. Acknowledge the shooting took place at a gay bar. Acknowledge that the nightclub was most likely filled with predominantly queer people of color. Recognize those who knew the shooter in Orlando report that he was heavily homophobic and hardly practiced his faith. Allow the condemnation of this violence and this broken person without anti-Muslim ideology. Acknowledge that the shooter was, in fact, an American and a licensed gun owner who used a weapon meant for war. Recognize our lawmakers are willing to pass legislations about where people can or cannot piss and shit and yet, do nothing but offer up prayers for victims of gun violence. Acknowledge that this is the worst mass shooting in US history but also the 134th (with four or more victims) this year. Recognize that this has always been America; that technically, the worst mass shooting in our history was at Wounded Knee with an estimated three hundred Lakota murdered. Know this was 126 years ago. Do the math. Count how few generations separate us from this. Admit that this sort of violence is not new, that it is not a product of Islam or radicalism but of us. It is in our blood, our history–the centuries of oppression and violence and exploitation that have gone unhealed. Now, count to 50. Count to 300. Mourn but do not look away.

Do not look away. That’s hard, but important.

Hate crimes are terrorism. America does not need ISIS for terrorism. Do not look away from the anti-gay, anti-LGBTQ hate that killed 50 people in Orlando.

And do not look away from the racism that killed 300 Lakota people at Wounded Knee.

Do not look away from the racism that killed hundreds of black people in Elaine, Arkansas; in Tulsa, Oklahoma; in East St. Louis, Illinois; and in Rosewood, Florida.

But there are others, and you need to know their names. Vox conveniently lists all of the Senators and Congresspeople who voted against the 2009 Hate Crimes Prevention Act. The Minnesotans who voted against it are Representatives John Kline, Erik Paulson and Colin Petersen. Representative Kline is retiring this year, and the Republican candidate for his seat spouts some pretty hateful rhetoric. His DFL opponent, Angie Craig, has a chance to claim the Second District seat. Erik Paulsen, in the Third District, also faces a serious challenge from DFL State Sen. Terri Bonoff.  Now is a time for each of us to speak up, to step up and make a difference.