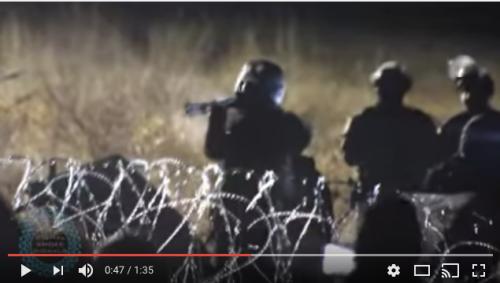 Lots of news from the water protectors at Standing Rock, so here’s a quick update on:

END_OF_DOCUMENT_TOKEN_TO_BE_REPLACED 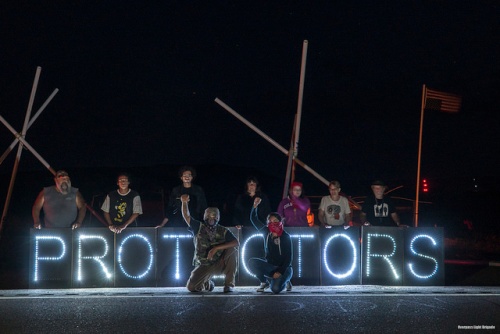 The Stone Spirit encampment began back in April with 50 people. By August, Standing Rock Sioux Tribe chair David Archambault II wrote in the New York Times that it was “a spectacular sight: thousands of Indians camped on the banks of the Cannonball River, on the edge of the Standing Rock Sioux Reservation in North Dakota. … The Indian encampment on the Cannonball grows daily, with nearly 90 tribes now represented.” As summer slides into fall, the protesters — or protectors, as they call themselves — plan to stay through the winter. END_OF_DOCUMENT_TOKEN_TO_BE_REPLACED

I remember the old story of the emperor’s new clothes. The emperor bought new clothes from a charlatan who sold him on the idea of clothes so fine that they would be invisible to anyone who was stupid or unfit for their position. The emperor paraded before his courtiers and sycophants and everyone admired the new clothes. Only a child said, “But he isn’t wearing any clothes!”

Today pipeline companies and their buddies in government dismiss the threats posed by pipelines. Nobody should worry about the Dakota Access Pipeline (DAPL), tunneling underneath the Missouri River. Maybe some old pipelines leak, but this is a new pipeline. Can’t you see the difference? The emperor’s new pipeline poses no problems. END_OF_DOCUMENT_TOKEN_TO_BE_REPLACED 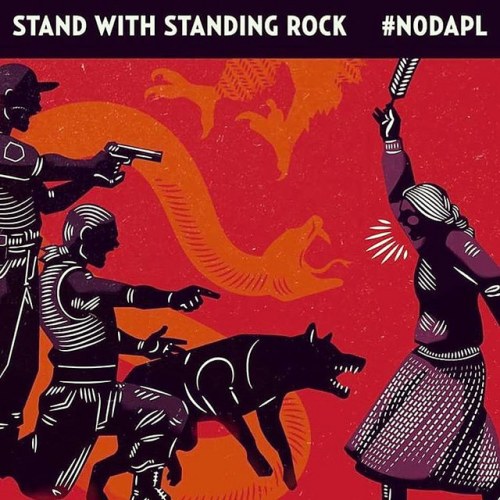 Image by A. Golden, published under Creative Commons license.

On Friday, September 2, lawyers for the Standing Rock Sioux went to court to ask for a halt to construction of the Dakota Access Pipeline over specific sacred sites and burial grounds. They provided a map of the specific cultural sites identified by the tribe’s expert.

The very next day — September 3, Saturday of Labor Day weekend — Energy Transfer Company sent its bulldozers to destroy the specific cultural sites identified in the map submitted to the court. END_OF_DOCUMENT_TOKEN_TO_BE_REPLACED 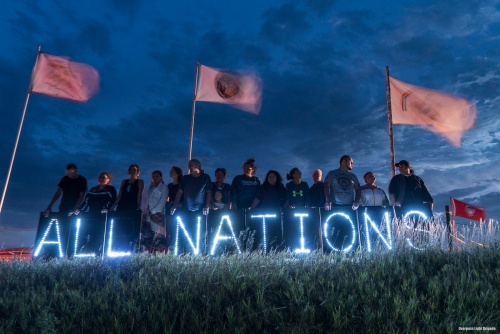 By now, everyone who reads this blog has heard about #NoDAPL, the protests in North Dakota over the Dakota Access Pipeline. The issues are either very simple (NO to all pipelines, everywhere, end of story) or quite complex, involving Native rights, a protest encampment and permits and injunctions, arrests of protesters and journalists, calling out the National Guard, procedural challenges to the Army Corps of Engineers, destruction of Standing Rock Sioux Tribe cultural and burial sites, other substantive challenges based on water protection and climate change, defeats and partial victories in court, and federal government orders to stop the construction – or to stop parts of it. Confused yet?

Since I make sense out of confusion by reading and writing, and since you (presumably) read this blog for some kind of enlightenment, I’m posting a two or three or maybe even four-part explanation of what is going on. This is the first part: END_OF_DOCUMENT_TOKEN_TO_BE_REPLACED