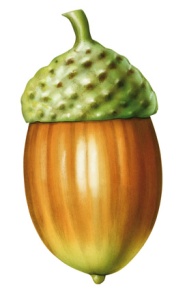 Smoke, Mirrors and ACORNs Democratic St. Paul Congressmember Betty McCollum is circulating The ACORN Act, a bill “Against Corporations Organizing to Rip-off the Nation.” The Minnesota Independent reports a statement from McCollum’s office:

Congress took action to defund one non-profit serving poor Americans — ACORN -– but not against the billion dollar corporations that are actually guilty of felonies. For the 345 Members of Congress who voted to defund ACORN this is [sic] bill is an opportunity to support corporate accountability and responsibility while punishing corporate crime.

My friend and former colleague Katherine Kersten connected a few non-existing dots in a Sunday Strib column to imply that the demonic ACORN may have stolen the 2008 MN Sen. election for Al Franken. She offers precisely zero particles of evidence that any improper act by ACORN resulted a single improper vote for Franken being counted, or even rejected.

KSTP reports that, according to numbers from the Minneapolis City Attorney, the $2.4 million spent in officer conduct settlements so far in 2009 could pay 23 average officer salaries.

That includes a $495,000 settlement to Eldridge Chatman. He needed two brain surgeries after an officer hit him in the head during a raid that had nothing to do with him.

Another $626,000 went to a family after police barged into their home by mistake. Both sides traded gunfire but no one was hurt.

Some of the money went to current officers. Five of them received $740,000 after alleging racial discrimination.

Police Chief Tim Dolan sent a letter to the city council responding to the KSTP story by defending his administration and pointing out that the settlements involved officer conduct, not officer misconduct. Dolan’s letter said that many payouts were for events that didn’t happen on his watch. He has been police chief since 2007, and before that served as interim police chief since April 2006. Before becoming chief, he served in the MPD for 23 years.

Settlements and payouts typically take place years after the events that give rise to the claims. That argument cuts both ways – if many of the payout events occurred prior to Dolan’s watch, there are probably other cases still making their way through the system that occurred from 2006 onward.

What’s a MacGyver bomb? Angus MacGyver was the fictional TV hero of a 1980s series with a backstory that included work as a Bomb Disposal Technician/EOD in Vietnam (“Countdown”). Yesterday “MacGyver bombs” were homemade explosive devices, made by putting household chemicals in plastic bottles and throwing them on lawns in Princeton, MN. Besides these actual bombs, three packages made to look like bombs were left at Princeton’s high school, post office and public utilities building, prompting police alerts, help from FBI, the Bureau of Alcohol, Tobacco, Firearms and Explosives and the St. Paul bomb squad, and early closing and evacuation of Princeton schools.

Nobody knows what prompted the bomb scares, according to the Star Tribune:

City Council Member Victoria Hallin said she and other city officials were baffled by the incident because there is nothing controversial going on in the city. “There is not a hot-button issue in the community that would inspire anyone to do anything so vile,” she said.

Counting kids in poverty Some 140,000 Minnesota kids are living in poverty, according to the Star Tribune preview of Kids Count, the annual report published by the Children’s Defense Fund. The report, set for release on October 1, includes findings that 152,000 Minnesota children, or 12 percent – lived in poverty last year, up from 106,000 in 2001. The number in 2009 may be as high as 180,000.

Not all the news is bad:

But more children live in households where no parent has a job, more children get free or reduced-price lunches, and more chidlren go without health insurance.

H1N1 update Outbreaks of the H1N1 flu are reported in 134 schools across the state, up from 67 as of September 19 and 123 as of September 22, according to the Star Tribune. An outbreak is defined as at least 5 percent of students absent with a flu-like illness or at least three students out from the same elementary school classroom. That seems like a low number, as there are more than 3,000 schools in the state.