Ice out — watch the water 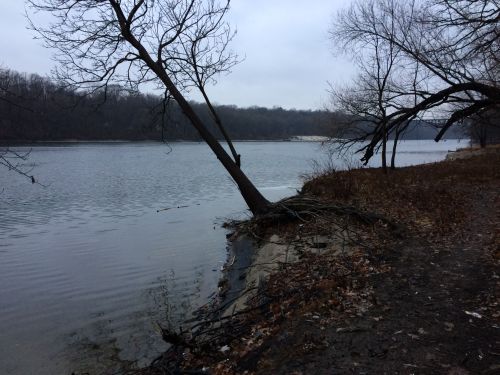 The ice is out across Minnesota, and rivers run higher with snowmelt. Temps are rising, green life poking up out of the dirt, and I saw a bright yellow crocus today. But beneath the softening soil, and beneath the surface of Minnesota’s lakes and rivers, all is not well.

In northern Minnesota, the MPCA is backing away from current protection for lakes, streams and wetlands where wild rice rows. Mining companies welcomed the MPCA recommendation to loosen sulfate standards. The recommendation came despite of recommendations of a three-year University of Minnesota study, which MinnPost described as concluding that, “more detailed analysis could actually identify harm to wild rice at much lower sulfate concentrations than the current 10 mg/liter standard.” Now the MPCA recommends scrapping that standard in favor of evaluating each waterway and setting individual limits.

Even the current 10 mg/liter standard doesn’t mean much, since wastewater from mines regularly boosts state waters far above the limit. A new standard that requires individual lake assessment, without adequate MPCA staffing to conduct those assessments, would offer even less protection and more opportunities for mining industry pressure and appeals. And the MPCA plan doesn’t impress scientists who have been studying the issue. From the Star Tribune coverage:

“’I am furious,’ said John Pastor, a wild rice researcher at the University of Minnesota Duluth, who has conducted studies for the state and Indian tribes. ‘This is scientifically indefensible.’” “Pastor said that conditions in wild rice waters can change from season to season and year to year. A flood can wash organic carbon out of lakes, for example. …

“Dan Engstrom, a scientist at the St. Croix Watershed Research Station who has also participated in the state’s research project, said that in theory, the plan could work because it fits the scientific results. But he, too, said variability in the wild rice beds could be a problem.”

Taconite tailings or not, the waters in northeastern Minnesota are generally in much better condition than those in more agricultural areas. A couple of weeks ago, an MPCA report said that, “no lakes and few streams in the Minnesota portion of the Missouri River Basin met state standards for supporting aquatic life and recreation — fishable and swimmable…” The MPCA said that in this southwestern corner of the state, “Drinking water, recreation and aquatic life uses are affected by high nitrate, bacteria and turbidity levels,” and called for changes in agricultural practices to reverse the water pollution.

“’It’s not a new problem,’ he said. Although  some of the streams and lakes showed lower levels of phosphorus and ammonia — often attributed to livestock practices — Skuta said water problems are caused by high levels of bacteria, nitrates and sediment.”

Governor Mark Dayton has proposed 50-foot buffer strips along waterways to lessen the impact of run-off and protect against erosion. Buffers are areas that are not plowed or planted, and they hold soil in place while filtering pollutants from runoff. (Image below from DNR website.)

According to MPR, that eminently sensible proposal is running into trouble in the legislature. The concept of buffer strips as a necessary and effective way to protect waterways is not new — and neither is the strong opposition from agribusiness.

The Sons of the Pioneers sang a Bob Nolan song about a man who might have been wandering in drought-stricken California. One of the verses ran:

The shadows sway and seem to say,
“Tonight we pray for water,
Cool water.”
And ‘way up there He’ll hear our pray’r
And show us where there’s water,
Cool, clear water.

Here in Minnesota, we have cool, clear water — and lakes and rivers and streams in abundance. It’s up to us to protect, preserve and restore them.

3 responses to “Ice out — watch the water”